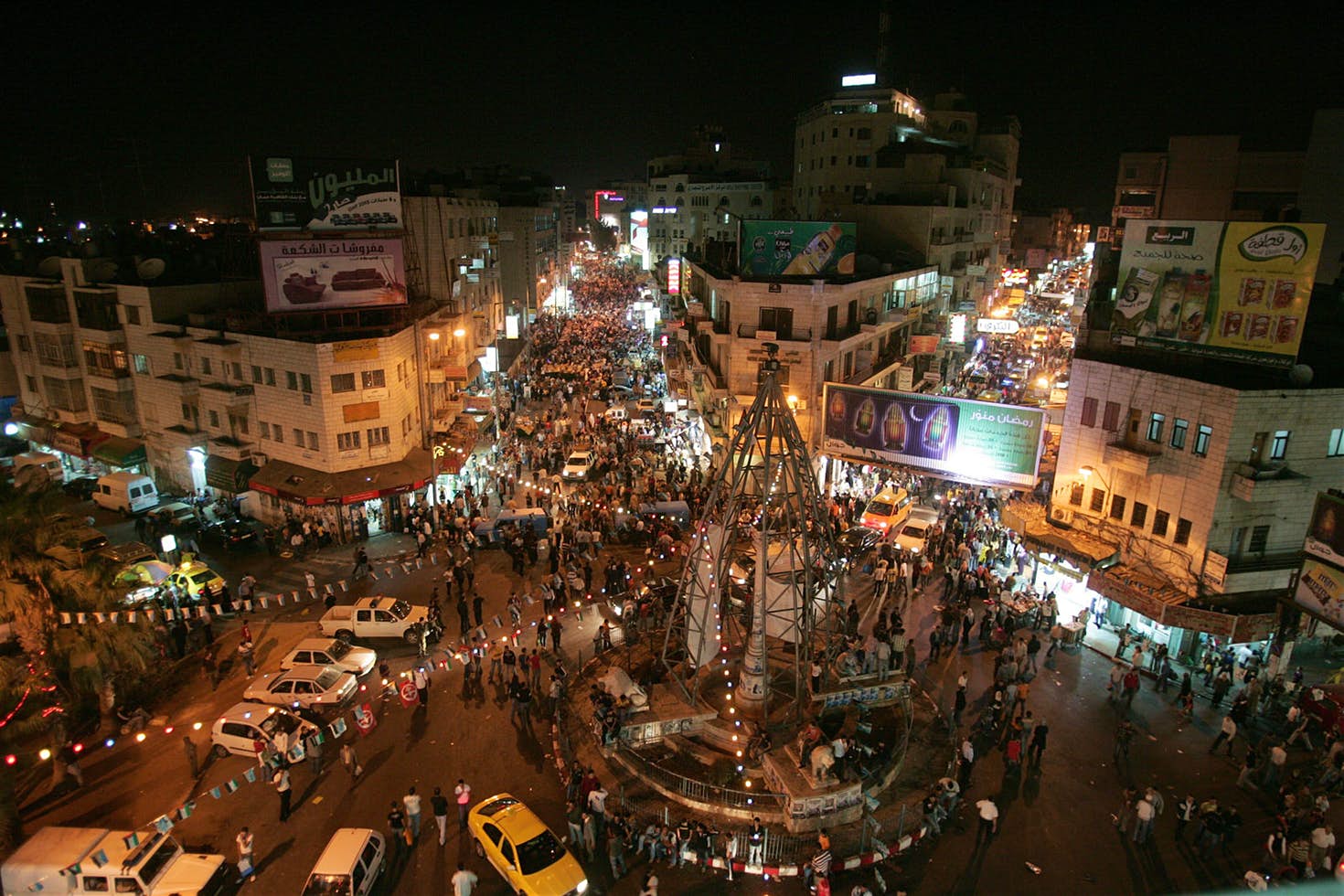 Just 30 minutes from Jerusalem’s centre, the quiet village of Ein Kerem is ideal for a day of easy hiking and enjoying the local history and art scene. Several beautiful churches are dotted throughout the town, considered by Christians to be birthplace of John the Baptist. Ein Kerem’s restaurants, cafes and ice cream shop are open on Saturday, making it an excellent weekend trip when much of West Jerusalem closes for Shabbat. Don’t miss the Italian-Middle Eastern fusion at Karma Restaurant, where you can fill up on dish of creamy pasta baked to perfection under a layer of soft bread. Walk it off with an afternoon stroll through the village or a longer but still easy-going hike along any of the paths crisscrossing the nearby Ein Kerem National Park.

A little farther west is Abu Ghosh, another lively hamlet in the hills, replete with Ottoman-era houses, historic churches and some of the best hummus around. Abu Ghosh is an Arab village renowned for its coveted take on the beloved chickpea spread. You have many options, but many return to Lebanese Restaurant and Abu Shukri (different from the one in Jerusalem’s Old City) again and again, both on Kvish HaShalom. The Crusader-era churchis also worth a visit.

A day trip to Masada for sunrise means your morning starts early, and you’re rewarded with views of the Dead Sea and beyond © vvvita / Shutterstock

This is a day trip to start early – very early – but that’s because it’s worth every hour. Masada is an isolated desert mesa where the last Jewish resistance to Roman rule was crushed in 73 CE after a dramatic, bloody siege. Today it’s a Unesco World Heritage site and a popular place to hike up and take in the views with a dose of history. Most times of the year, Masada is best climbed in the morning to watch the sunrise and to avoid the heat, meaning that you’ll need to leave Jerusalem hours before the sun is up. Different paths will take you up longer or more direct routes, or the cable car can whisk you up and back down again.

Masada is steeped in tradition, including the more recent ritual that you cool off in Ein Gedi or the Dead Sea after climbing it. The Ein Gedi Nature Reserve is home to one of Israel’s most magical desert oases, and after you’ve taken a dip under one of its wondrous waterfalls, you can relax amongst the botanical gardens, where you might spot desert foxes and wild goats.

After a hike to the top of Masada, cool off with a dip in the Dead Sea © vvvita / Shutterstock

Ein Gedi is right next to the Dead Sea, the lowest place on earth, which is sandwiched between Israel, the West Bank and Jordan. The water is almost 10 times saltier than ocean water (warning: any small cuts will burn), but because it’s so dense, you will float effortlessly. Drag your hand along the seafloor underneath your feet to scoop up some Dead Sea mud that’s a natural skin cleanser.

Today the Dead Sea is constantly shrinking because of erosion and water diversions, and most of the prime beachfront locations are owned by Israeli hotels or kibbutzim, where, for a fee, you can have access to the sea, restaurants, showers, toilets and other amenities for the day. A popular alternative is Ein Bokek Beach, which is free to the public and has lifeguards. But if you have a car and want to rough it, head to the Metsoke Dragot junction, park in the nearby lot, cross the motorway and then walk about 20 minutes down towards the sulphur smell of the hot springs by the sea, where you’ll find a popular unofficial spot (sans lifeguards) where you can enjoy the Dead Sea at no cost.

The de facto capital of the Palestinian Authority, hilly Ramallah is the centre of economic and cultural life in the region, like a Tel Aviv of the West Bank. Tourism here isn’t as well developed as in other Palestinian cities like Bethlehem, but that’s part of Ramallah’s fun. It’s a city restless with interesting people, food and music, so you get a real feel for everyday life and Palestinian perspectives and experiences.

Start your visit with a wander around Al Manara Sq and humming Rukab St. Enjoy a delicious meal (for a third less than in Jerusalem) at one of the city’s latest hip cafes, like Zamn, a beloved Palestinian cafe-restaurant chain, or Beit Ardi, a tucked-away homey cafe with garden seating, which both offer a range of fresh salads, sandwiches and prime seats for people-watching. Time your visit for post-noon on Friday to head to the foodie hub of Orjuwan, a restaurant with an all-you-can-eat lunch buffet. Ramallah’s art centres and museums, like the new Yasser Arafat Museum, are a good way to spend a few hours in the afternoon. As the sun starts to sink a little lower, Ramallah’s renowned nightlife starts to take over. Favourites include the stalwart Snowbar, an outdoors spot with a pool that’s the place to be in the summer, or Berlin, a small dive-bar with the city’s best after-parties.

Nablus doesn’t see many foreigners passing through, but the city’s main attraction – its historic covered market – is always filled with shopkeepers and shoppers haggling over prices and people pushing through the crowds to exchange pleasantries with friends and family. Prices here are much cheaper than Jerusalem, and even cheaper than Ramallah, so it’s a good spot for shopaholics who want to stock up on souvenirs, clothes, and fresh fruits and vegetables.

But you haven’t really visited Nablus until you stop by Al Aqsa for its storied kunafeh, a super cheesy and sugary pastry, or any of the shops selling fresh tahina and halwa paste made from sesame. For a unique present to take home, ask to try the qizha, or black sesame version. Just beyond the city’s borders lie beautiful hills, where you can visit the Samaritans on Mt Gezarim, Roman ruins in Sebastia or biblical sites like Jacob’s well.

Getting to the Palestinian Territories by car

Part of what can make travelling to the Palestinian Territories tricky is that mobile apps don’t work as well as they do in Israel. Palestinian telecom providers received 3G at the start of 2018, but even so, internet coverage with Israeli or international companies is limited, as is what you can find marked on Waze or Google Maps.

If you’re driving, download the app maps.me, which has a huge database of Palestinian landmarks, including roads and restaurants, but be prepared for quirks with the app’s spelling of places and with its navigation tools, such as the estimated time being much shorter than it actually is. If you use Waze, change the settings to include directions into the Palestinian Territories. When hiring a car, make sure it’s insured for travel in the West Bank, which several companies in East Jerusalem, such as Dallah, can provide.