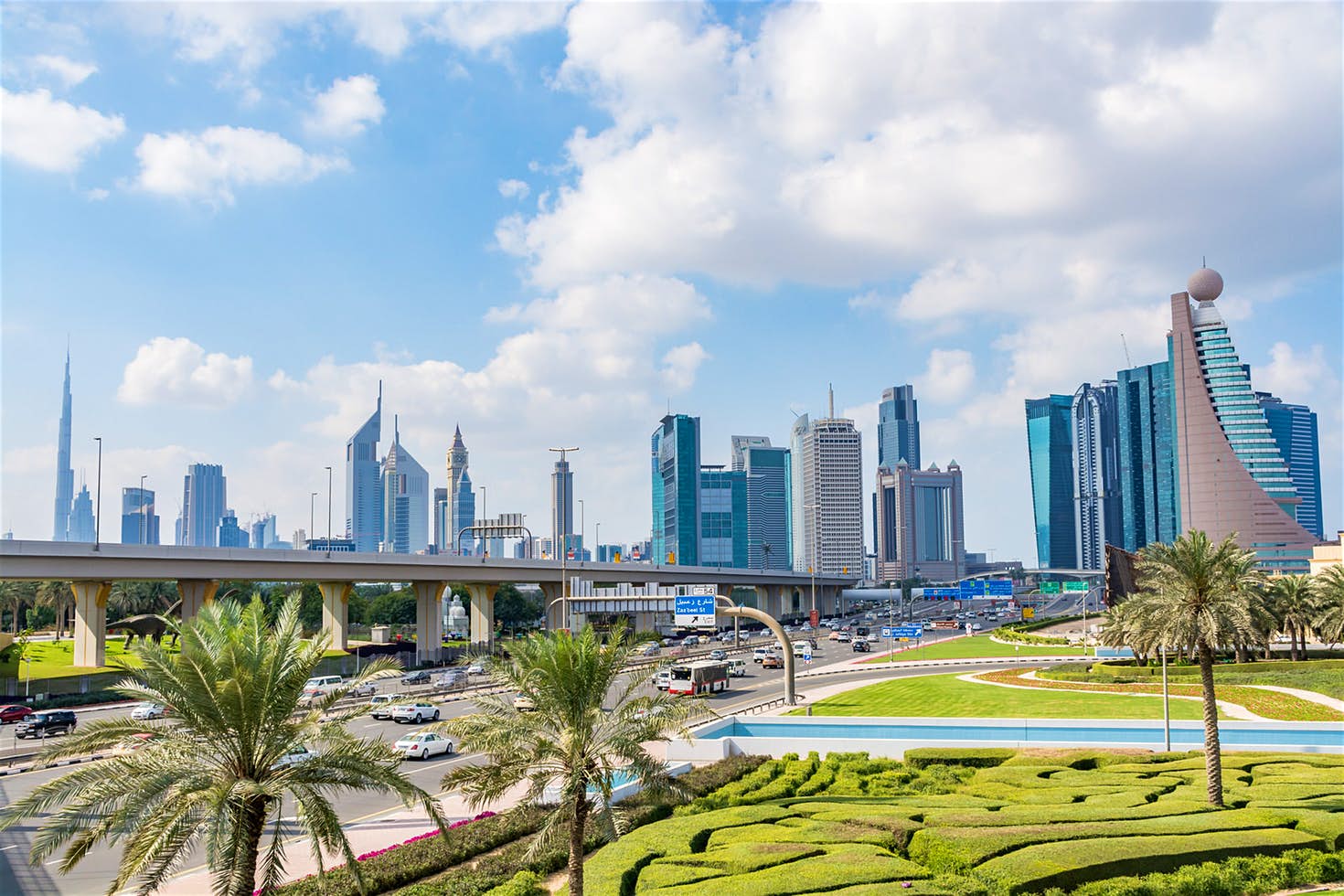 With five-star hotels dominating the skyline and shopping driving the headlines, Dubai is a playground for the rich and famous. However, a sprinkling of local knowledge opens up plenty of budget-friendly experiences. Many of them can be found on either side of the Creek, in Bur Dubai and Deira, where the original small trading port of Dubai began.

Enjoy a spot of park life

You could be forgiven for thinking that this city is all skyscrapers and six-lane highways, but just past the World Trade Centre roundabout is Zabeel Park, one of the city’s largest green spaces. The landscaped park is home to barbecue areas and picnic tables, along with a bike track, a boating lake and a mini-train for kids. It costs Dhs5 to enter and is also home to the Ripe Food & Craft Market, held every Friday from 9am-3pm.

Like many cities around the world, Dubai has invested in a bike-sharing scheme. Either on Sheikh Mohammed bin Zayed Blvd (which encircles Burj Khalifa and the Dubai Mall) or along the Dubai Marina promenade, you can rent sturdy bikes from Dhs15 for 30 minutes from various Byky stations. In the last few years, Dubai has become increasingly pedestrian-friendly with cafes and restaurants popping up along what would previously have been barren streets. Take in some of the city’s best views from the saddle, from the neon lights of Dubai Marina at night, to the neck-aching sight of Burj Khalifa.

Sail away on Kite Beach

Dubai has more than 40km of golden sand coastline, but much of it has been land-grabbed by five-star hotels that charge an expensive daily rate for access. Kite Beach in Umm Suqeim is a free stretch of sand that’s lifeguarded and popular with families. It boasts a boardwalk with a handful of cool cafes, along with changing facilities, sunbed and brolly rental, watersports and the XDubai Skatepark.

Gourmet grub for next to nothing

Dubai’s melting pot culture means every cuisine in the world is represented here, with budget versions – if you know where to look. Ravi in Al Satwa is a local legend, which serves huge bowls of Pakistani curry and tea-tray size naan breads for between Dhs30-40. For traditional Levant street food, like the shawarma (chicken wrap with tahini), head to Zaroob or Zaatar Z Weit for budget belly-busters.

Dubai Mall might be the biggest in the world, but it’s pretty pricey. Head to the Creek to shop like it was 100 years ago in the traditional souqs. Buy gold, frankincense or spices such as saffron and cinnamon on the Deira side, while over on the Bur Dubai bank, snap up pashminas and Arabian style slippers. Remember to haggle hard for a bargain. Take an abra (a small Arabic boat) to get across the Creek for Dhs1.

Use Dubai Metro, one of the cheapest ways to get around the city © Sir Francis Canker Photography / Getty Images

Get around for under Dhs11

Forget taxis and plump for the Metro instead. Dubai’s two-line driverless trains offer some of the cheapest public transport trips in the world. Buy a Nol card and top it up, from Dhs3 for a short hop to Dhs7.50 for a longer trip. The metro opens at 5.30am (10am on Fridays) and runs until midnight (1am on Thursdays and Fridays). You can even go VIP and travel Gold Class, which has free wi-fi. This is Dubai after all.

Drinks are on Dubai

Dubai’s infamous expensive bars do throw a thirsty traveller a bone or two in the shape of weekly ladies’ or gents’ nights, where a selection of drinks are free. Almost every bar in the city will have a ladies’ night (often a Tuesday or Wednesday); gents’ nights are a little rarer, but they do exist. For reggae tunes and tropical cocktails, there’s Ting Irie in Downtown on a Tuesday or for a view of the Ain Dubai Ferris wheel and the beach, head to Ramusake at the DoubleTree by Hilton on a Wednesday for a buzzy girlie night out.

See inside a mosque

Jumeirah Mosque is the city’s largest mosque. Daily tours (except Fridays) take place at 10am for Dhs20, run by the Sheikh Mohammed Centre for Cultural Understanding. The tours run for 75 minutes, and visitors are encouraged to ask any questions they might have about Islam and Emirati culture. There are some lovely cafes nearby. Modest dress (ie covering knees and shoulders) is required inside the mosque.

Get a free dose of contemporary culture

Yes, there’s more to Dubai than shopping! The city is a hub for Middle Eastern artists working over a number of disciplines. For edgier galleries, head to Alserkal Avenue in Al Quoz, a cul-de-sac of creativity in an industrial neighbourhood. For more classic exhibitions, Dubai International Finance Centre’s clutch of galleries have biannual art nights in March and November, where the city’s hipsters mingle.

Get a history lesson at Dubai Museum

Life in Dubai was wildly different 50 years ago. The city has grown from a small pearl diving and trading community based around the Creek to what you see today in only just over 40 years. Discover what Dubai was like for the Bedouins and Emiratis at the Dubai Museum in the Al Fahidi Fort, which charges the princely sum of Dhs3 for adults and Dhs1 for kids. It won’t win any awards for modernity, but it’s an interesting portrayal of a way of life that’s changed beyond recognition.